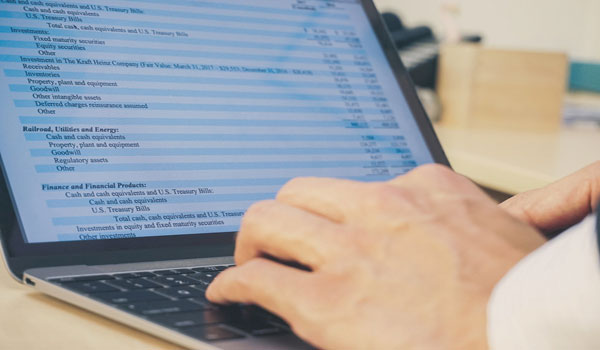 Intangible assets are identifiable, non-monetary assets with no physical substance, according to the International Financial Reporting Standards (IFRS).

Intangible assets, like all assets, are intended to create future economic benefits for the organization. This expectation is for more than one year or one operating cycle as a long-term asset.

Intangible assets, unlike tangible assets like inventories and equipment, do not have a physical form. They are the second-biggest category of long-term assets, behind PP & E, which is the largest.

Intellectual property, patents, copyrights, trademarks, and trade names are examples of these assets. Outside of hardware, identifiable intangible assets include software and other computer-related assets.

Unlike PP & E, this asset does not depreciate. It is, however, periodically evaluated for impairment. If a corporation believes the value of its goodwill has declined from its reported book value, it will record an impairment loss.

Nonetheless, the company’s brand awareness and reputation are projected to yield positive financial returns in the future.

Intangible Assets are assets that are not physical.

What is the definition of an intangible asset?

Financial assets, such as stocks and bonds, are also considered tangible assets because their value is derived from contractual claims.

So it says or determines a patent, brand, trademark, or copyright are examples of intangible assets that are not physical in origin.

There are two types of intangible assets: indeterminate and definite. Because it stays with the firm for as long as it operates, a company’s brand name is considered an indefinite intangible asset.

A formal agreement to operate under another company’s patent, with no plans to prolong the agreement, is an example of a definite intangible asset.

As a result, the contract has a finite lifespan and is classified as a definite asset. While an intangible asset lacks the obvious physical worth of a factory or equipment, it can be extremely valuable to a company and crucial to its long-term success.

Coca-Cola, for example, would not be nearly as successful if it weren’t for the money generated by brand recognition. Despite the fact that brand recognition is not a tangible asset that can be seen or touched, it can have a significant impact on sales.

Related: Starting an Excavation Business in Australia in 2022

5 Big Regulatory Changes That Could Affect...

What Is Industrial Organizational Psychology?